Not crediting a source
Paraphrasing too closely, even if you do credit the source
Using statistics from someone else's work without crediting the source
Using images, photographs, maps or other illustrative devices without citing sources
Buying or copying another person's paper or assignment or hiring an essay-writing service to write your paper
Sharing code for a computer program with another student or taking code from the Web or another source without citing that source
Downloading material from the Internet without proper citation
Padding a Bibliography or Reference List, to suggest that you have done research when you haven't
Making up statistics or other important facts, and citing a false source

Not Crediting a Source

Copying word-for-word from another source (example a) without putting the original words within quotation marks and adding a citation referring to the original source. Even if you are putting the ideas from that source into your own words (example b), you still must credit the source. Here is an illustration of how both these situations work in an excerpt from an imaginary student paper. The words plagiarized from the original author are highlighted. (The following examples use the American Psychological Association referencing style (APA), which is common in the social sciences):

"It is not a fragment society, but exhibits the ideological diversity of European societies, although it has a more liberal cast."

Paraphrasing too Closely, even if you do Credit the Source

So we all know that you cannot take the ideas from another text, even when you are putting them completely into your own words, without citing the source. But there is a more insidious kind of plagiarism that can take place when you are paraphrasing someone else's work. If you change the order of words or ideas from the original source, and use some of your own words mixed in with the original words, you are still plagiarizing even when you cite the source. In this first example, even though the student has credited the source with a citation, which is good, s/he has not put the original text completely into her/his own words and has attempted to deceive the reader by making the text appear to be a paraphrase of the original by turning the order back-to-front. The words that appeared in the original text are highlighted.

"It is not a fragment society, but exhibits the ideological diversity of European societies, although it has a more liberal cast."
Probably in this case, one would choose either to paraphrase completely or to quote the original words.

Using statistics from someone else's work without crediting the source

Charts, tables, or statistics inside a text or in other forms are the intellectual property of those who created them. For this reason the original creator must be cited in your text. You can see that there is also a rhetorical advantage to citing the source, because the very fact that a published author has arrived at statistics which support the claims you are making in your paper strengthens your own argument.
(Plagiarism) If we simply inserted this table into our paper, either by scanning, photocopying, or by re-typing it ourselves, and we did not cite the source, it would be plagiarism, because readers are led to believe that the author of the paper is the person who compiled the statistics and made up the graph.

. . . . The following graph shows the distribution of crime rates all across Canada in the year 2003.

These crime rates are compiled from lists of crimes ranging from violent crimes to disturbing the peace . . . .
(Correct) The correct procedure would be to scan, photocopy, or type the table ourselves, and to cite the source, as follows:
. . . . The following graph shows the distribution of crime rates all across Canada in the year 2003.

(Source: Canada. Statistics Canada, 2004)
These crime rates are compiled from lists of crimes ranging from violent crimes to disturbing the peace . . .
In some disciplines, the identification of the source is prefaced by the word "Source:" followed by the publishing details in the same order as the bibliographical style used in the paper. Check in your own style guide to see if that is what will be expected in your own paper.) In addition, if you want to make any notation of changes or adaptations you might have made to the original text, you would also note that here.

The practice would be similar to how one would identify the source of a table or figure.
So, here again is our original photograph. Imagine that you wish to place it in your own text, and write your own description, in order to make the photograph apply to your own paper and illustrate a point you are arguing. 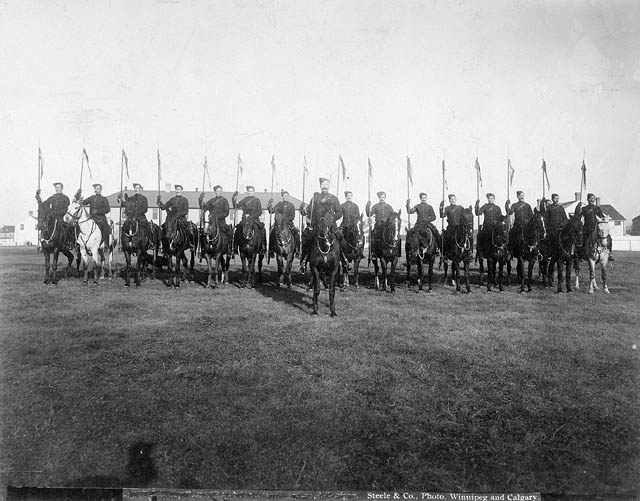 Fig.1. "Troop Front" Canadian Mounted Rifles with Second
Contingent South Africa (Source: Library and Archives
Canada. photo # PA-028895)
(Plagiarism) To insert the photograph into your text with your own explanatory text or the text taken from the original source beneath it but with no acknowledgment of the original source would be plagiarism. Even if you have taken a photograph yourself it is wise to cite yourself as the creator. This will make the source clear to any reader.
. . . Canada first sent her troops abroad in the South African, or Boer War, from 1899-1902.

It is interesting to note that . . . . as we can see in the picture above . . . .
(Correct) Just as with tables and charts, the source of the original photograph must be acknowledged, as in this example.
. . . Canada first sent her troops abroad in the South African, or Boer War, from 1899-1902.

Fig.1. "Troop Front" Canadian Mounted Rifles with Second
Contingent South Africa (Source: Library and Archives
Canada. photo # PA-028895)
It is interesting to note that . . . as we can see in Figure 1 . . .

Although it must be obvious to everyone that hiring another person to write an essay for you is plagiarism, copying portions of another person's work is also bad. Copying a paper or portions of a paper from an essay bank of old papers or copying old lab reports would be an example of this kind of plagiarism.

Downloading material from the Internet without proper citation

Padding a Bibliography or Reference List, to suggest that you have done research when you haven't

This type of academic misconduct often occurs when students leave their writing assignments to the last moment, or when they want to appear to have done more work than they really have, perhaps because their professor has required that they have a certain number of books and articles in their reference list. But if you think of plagiarism as defined as the intent to deceive someone about the work you have done, then you can understand that saying you have read something you haven't read also falls into this category.

Making up statistics or other important facts, and citing a false source

This kind of invention, pretending that the information or source you are including in your paper is real, is serious because it strikes at the heart of the climate of trust that must exist in academia. If people are not honest about reporting their results, their research is invalid, and cannot be a basis for further work.
Continue to the Plagiarism Quiz